Hen Do Decisions: Sun Or City? 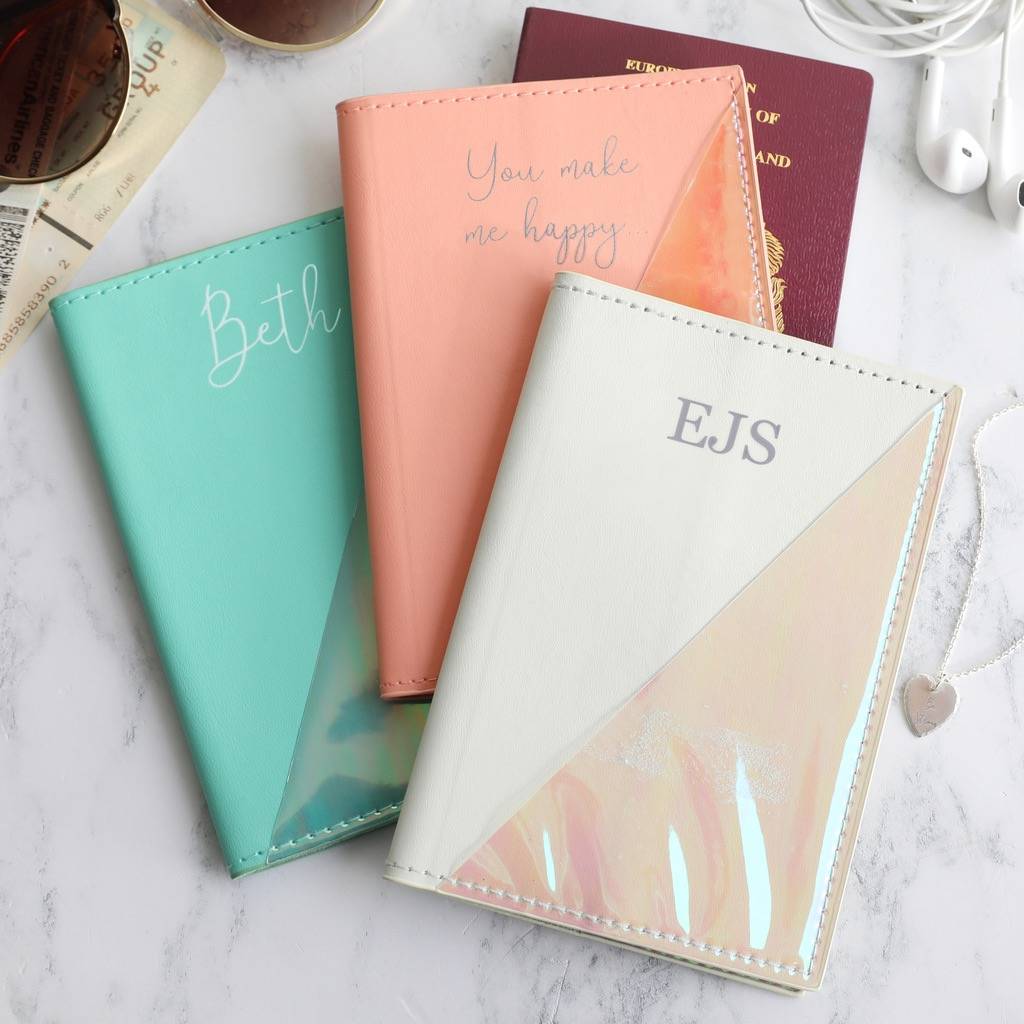 Hen parties have steadily gained popularity since making their way to our shores from America in the mid 1970s. Twenty years ago a hen do would have consisted nothing more of a curry down the nearest Indian restaurant and drink down the local pub, with a few of your nearest and dearest. But these days with reality television, glossy magazines and celebrity culture, having a hen do is seen as a must and lots of brides expect no less than a weekend away.

With the travel industry having revolutionized in the last decade with cheap flights and all inclusive packages abroad, it can sometimes be cheaper to have a weekend away in Europe rather than the costly fares of trains and hotels of cities in the U.K.

MyOneWedding has compiled a list of the most popular places for hen groups to travel to, including best activities, sites and sounds for getting your moneys worth. We will also be exploring whether a city or beach break comes out on top and most value for money.

Only a couple of hours away on by plane Amsterdam in Holland has long been known as one of the, if not THE top destinations for stag and hen dos. And this isn’t surprising given its beauty of one of the most medievil cities in Europe. With its fabulous bustling squares and side streets full of restaurants, clubs and bars, wonderful canals…not to mention some of the naughtier streets! there is plenty of fun to be had for the big night out with the girls. For the days the Dutch capital is steeped in history and awash with museums like The Van Gogh museum, galleries and exhibitions like a day trip to the Hortus Botanical gardens or exploring the Heineken experience interactive beer museum and tour! Not to mention hundreds of shops and boutiques. Amsterdam is also famous for its love of bikes so why not hire a two wheeler friend and go on many of the wonderful bike trails that wind their way through this marvelous city. Stay in the Hotel Continental Amsterdam in Dam Square with Expedia from only £70 a night.

Budapest is the Capital city of Hungry. In recent years it has risen as one of the top cities to visit on hen and stag dos partly because of its cheap food and drinks and beautiful city streets, full of shops, bars and clubs. The City is split into two different parts Buda and Pest where you can explore thousands of years of history with its stunning grand buildings and bridges over the River Danube which runs through the city. Famous sights include Buda castle, the spectacular Hungarian Parliament building and Matthias Church. Their famous delicacy is Goulash which is served in most restaurants and bars. Budapest is also famous for is many ancient thermal spas and baths with are a hit with tourists and locals alike. Hen packages include trips to the spas and baths, cocktail making and vodka pub crawls around the city centre. The Silver Hotel in Budapest city centre is a fantastic £30 per night when booking with Expedia.

Under one hour from the UK by plane Dublin in Ireland remains one of the favourite places for stag and hen dos, despite recent competition from its cheaper European neighbours. With its picturesque cobbled streets full of shops and boutiques and classic Irish pubs there is so much charm in Dublin to take in. During the day why not visit Dublin Castle, Christ Church Cathedral, or Phoenix Park, not to mention the Guinness storehouse! Along with many museums and galleries, Dublin has hundreds of years of history on offer for everyone. If you fancy a game of golf in this fair green land why not have a relaxing game at the Royal Dublin Golf House or Silloge Park Golf Club? In the evening its a must to try out some of the most famous bars in Ireland like O’Donoghues Bar, The Temple Bar and The Brazen head which offer a taste of authentic Irish food, drink and music. Stay at the Handels Hotel Temple bar with Expedia prices start from £114 a night.

Made famous for Towies ‘No carbs before Marbs’ The only way is Essex has helped put Marbella firmly on the map. Sitting on the south coast of Spains Costa Del Sol, Marbella is in the Andalusia region which boasts the backdrop of the glorious Andalusia mountains in the distance. With over 27km of sandy beaches, and near on yearly sunshine, Marbella is renowned for the rich and famous with expensive boutiques, gold courses and hotels. To the west you’ll find an array of nightclubs and bars and the popular Puerto Banus Marina with fancy yachts, clubs and pubs. Or explore the old town to the East which retains the same lay out from the 16th century, and includes the Ermita del Santo Cristo church and pretty Constituation Park. Apart from sunning it up on the Mediterranean coast, if you fancy something different why not check out the Selwo Marina, Sohail Castle or the very beautiful Museo Ralli. Stay at the fancy Los Monteros Spa and Golf Resort with Expedia from £118 a night.

The Algarve is a fairly new hit with adventurous hens looking for new and exciting places to visit. Sitting in Portugal’s southern most region, the Algarve is well known for its stunning sandy beaches and famous golf resorts. With its private sandy coves and little fishing communities its absolutely perfect for a relaxing break away with your gal pals. There are plenty of fabulous bars and restaurants, hotels and bars, hotels and villas. If sun, sea and sand tire easily with you then why not visit the Castle of Silves, Lagos Zoo, the Cathedral of Faroor the ruins of Castle Avlor? Stay at the Monte Dos Avos Aparetmentos with Expedia, prices start from only £53 a night.

Barcelona is the top on our list for a fantastic hen get away. Not only does Barcelona have a fabulous city centre steeped in years of ancient history it also has fabulous sandy beaches so you literally can have a city and beach break all in one trip! Sitting in the warm Mediterranean sunshine Barcelona boats the most awe inspiriting architecture, colourful vibrant food like the famous Spanish paella, wonderful traditional music, nightlife, food markets and beaches. Stroll down Catalonia’s answer to Oxford street, La Ramblas which hosts an array of shops, restaurants, boutiques and bars, and markets all down one tree lined pedestrian boulevard.

Explore the Gothic quarter where you can see some original roman ruins, cobbled streets and lanes. There are scores of plazas, monuments and old historical buildings you really won’t know where to start!Not forgetting probably the most famous landmark in Barcelona Gaudis Art Nouveau buildings and cathedral which is truly an artistic Marvell. If you want to escape the hustle and bustle then why not take a trip to the Tibidabo Mountains, where you can take a hike to the top and view all of Barcelona City from afar.

With hundreds of shops, malls, museums and galleries you will be spoiled for choice every day you are lucky enough to be staying. If a busy city isn’t your bag all of the weekend then you’re in luck! Barcelona has over 4.2 miles of sandy beaches and four different beach areas Barcelona Beach, Icaria Beach, Marbella beach (which we thought we’d point out is a nudist beach!) and Sitges Beach. Where you can lounge the day away sunbathing and cocktail in hand. What more could a girl want after a weekend of shopping and partying?

In the evenings Barcelona’s light up waterfalls are a must along with the dj themed beach parties on the sea front. It is a magnificent city and for this reason, MyOneWedding has voted it top hen do break away for value for money and because of the city and beach break all rolled into one. There really is something for everyone! Stay at the four start Hotel Ilunion in the Gothic Quater in Barcelona with Expedia for only £84, as of October 2017.

Author: My One Wedding 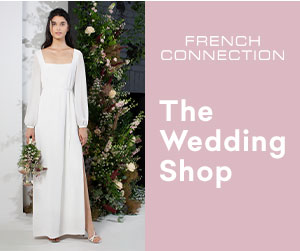 Go to Top
Subscribe To Our Newsletter
Be the first to get latest updates and
exclusive content straight to your email inbox.
No Thanks!

You can find out more about which cookies we are using or switch them off in settings.

This website uses cookies so that we can provide you with the best user experience possible. Cookie information is stored in your browser and performs functions such as recognising you when you return to our website and helping our team to understand which sections of the website you find most interesting and useful.

Strictly Necessary Cookie should be enabled at all times so that we can save your preferences for cookie settings.

If you disable this cookie, we will not be able to save your preferences. This means that every time you visit this website you will need to enable or disable cookies again.